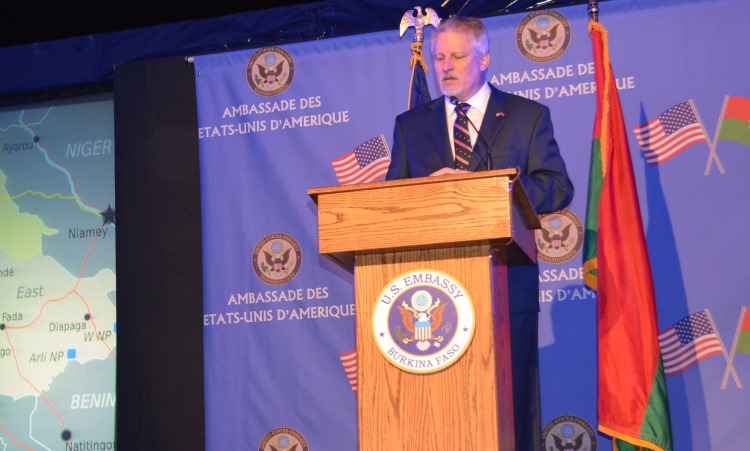 On July 4, the United States Embassy in Burkina Faso celebrated the 241st anniversary of independence of the United States of America with its new ambassador, Andrew R. Young, who presided over the ceremony. National and international partners, government actors from Burkina Faso, members of the press, and prominent guests were invited to celebrate the event.

In his speech, Ambassador Young reflected on the history and significance of the United States Independence Day, highlighted Burkina Faso’s path to democracy, and the close relationship enjoyed by the United States and Burkina Faso.  He praised the Burkinabe people for their efforts made since the popular insurrection in strengthening Burkina Faso’s democracy.  But he also pointed out the need to remain vigilant in the face of rising incivism and the important role civic engagement can play in fostering tolerance, peace and social cohesion in Burkina Faso.  He encouraged the Burkinabe people to become involved in good governance and used the slogan “civism starts with me.”  Invitees were also invited to offer their ideas on civic engagement on the Embassy’s Civic Engagement Chalkboard.