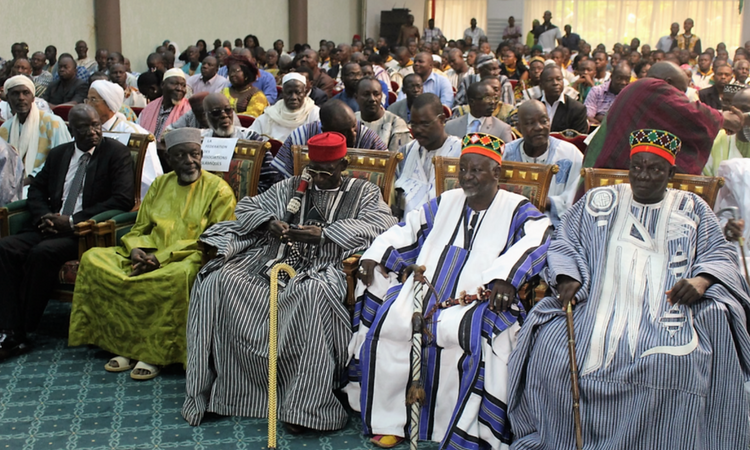 Burkina Faso will see its population doubled by 2030 if the current trend of its growth is maintained. Indeed, the country has a very young population with 58.3% of his people being under 19 years old and 67% under 24 years old. The fertility rate is estimated at nearly 6 children per woman, and an estimated population growth of 3.1% per year. However, the country has the opportunity to take full advantage of the demographic dividend to reach to the level of emerging countries and give new impetus to its social and economic growth. Religious and traditional leaders as respected and powerful opinion leaders play a key role in health promotion interventions including reproductive health, birth spacing, maternal and child health, which are also covered in scripture and traditions.

The American people through USAID remain a key partner of Burkina Faso and religious and customary organizations engaged in capturing the demographic dividend. USAID has been a major contributor to the establishment of religious leaders’ alliances since the 1990s to strengthen intra- and inter-religious dialogue and increase the involvement of religious and traditional leaders in health and development.

USAID is pioneering the involvement of religious leaders in family planning, reproductive health, maternal and child health in Francophone West Africa. Several achievements were made through a good number of projects funded by USAID and implemented by Palladium which is USAID’s partner in this domain since the 2000s. Main achievements include the following:

In Burkina Faso, important results have also been achieved in partnership with Palladium. It includes the following:

The forum on the engagement of religious and traditional leaders of West Africa for health and development that is being carried out from July 24 to 26, 2018 in Ouagadougou is also a springboard for them to contribute effectively to the well-being of their communities and participate in triggering the demographic dividend in the long run. During the three days of workshop, they will develop a national plan to promote family planning, reproductive health, maternal and child health for each of the 10 countries participating in this forum that include Benin, Burkina Faso, Cote d’Ivoire, Guinea, Mauritania, Mali, Niger, Senegal, Togo and Chad.