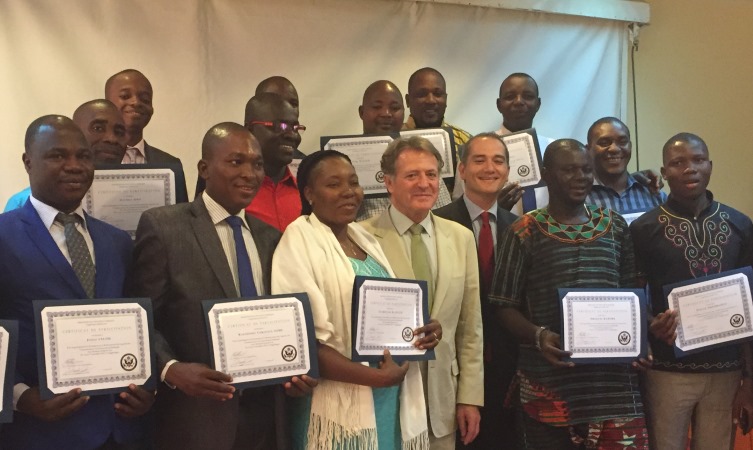 To promote the Embassy’s goal of rooting Burkina’s fragile democracy, the Embassy organized a training session from November 14-17 on government communication for 15 government spokespersons with Paris-based American speaker, Eduardo Cue.  During the training session the participants learned the responsibilities of the communication department in a Ministry. Mr. Cue led the group through strategic messaging exercises and filmed mock interviews which the group watched and critiqued together. He also focused on crisis communication (especially in light of regular terrorist attacks in the North of the country) and social media outreach to better promote the government’s policies and agenda.