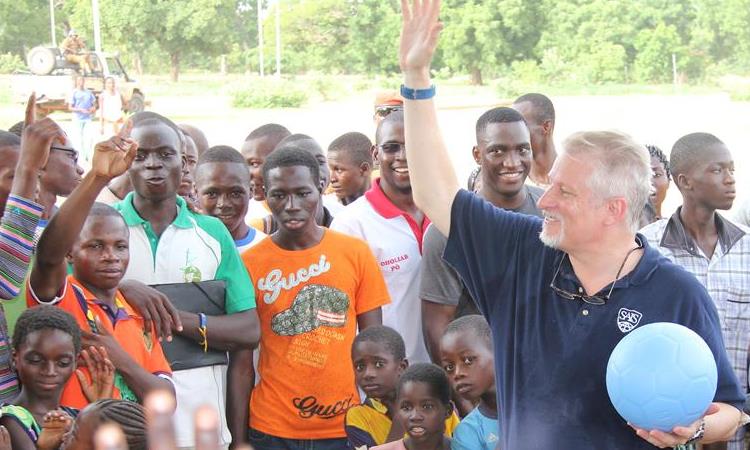 On June 23-24, the Ambassador of the United States of America to Burkina Faso Andrew R. Young toured the South Center region. The American diplomat and his delegation visited the localities of Po, Kombissisiri and Pissi.

In Po, the Ambassador first stopped at the High Commission of the province of Nahouri for a meeting with local authorities. He then went to Dakola, village of Po, located on the border of Ghana. It was an opportunity for Ambassador Young and his delegation to observe the process of immigrating into neighboring Ghana. Returning to Po, the Ambassador stopped at the Georges Namoano Military Academy in Po, where he spoke with U.S. Army cadets and Burkinabe military personnel in training at the Academy. Together with instructors, there was a special mention of cooperation between civilians and soldiers in Po. To mark this cooperation, Americans and Burkinabe played a friendly soccer match. In the evening, Ambassador Andrew Young took part in the Treasures of Faso at Place Nemaro with Minister of Culture Tahirou Barry. The next day, the Ambassador and his delegation took part in the 2017 Altitude Nahouri footrace. Race officials presented a certificate to the Ambassador. The Ambassador later stopped in Pissi, a village in Kombissiri, where he met local residents, traditional authorities, and an American Peace Corps volunteer working in the region. It was also an opportunity for the Ambassador to observe the progress of the dam construction at Pissi. It was on a note of satisfaction that this tour ended in the region of the South Center.