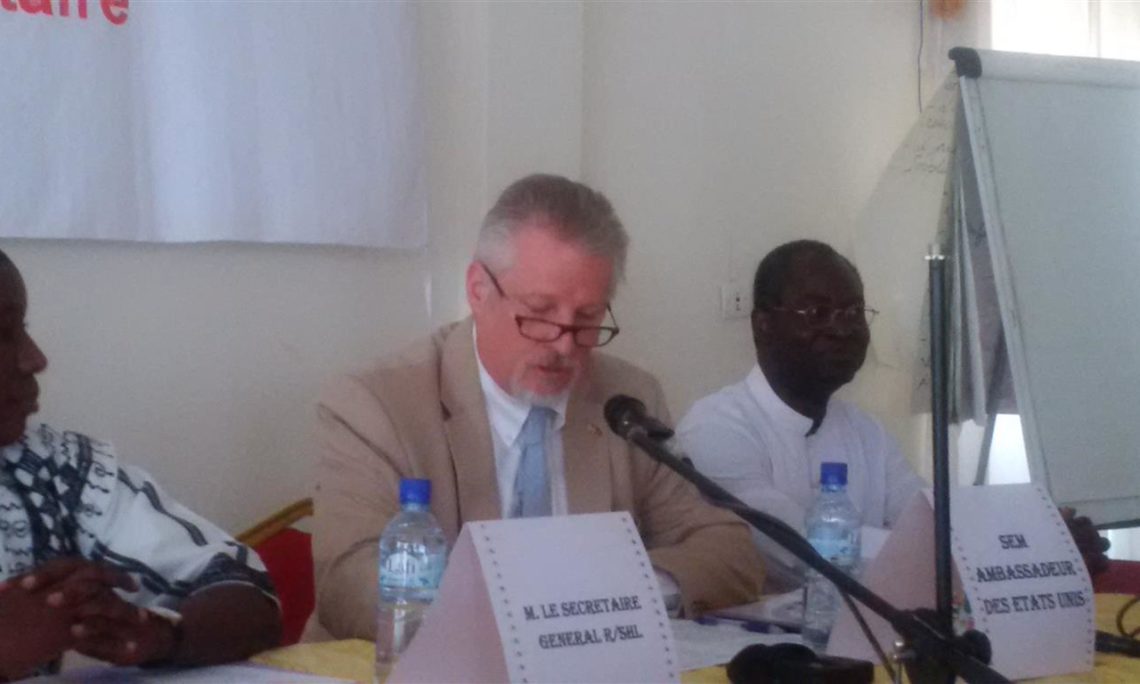 Ambassador Andrew Young and a delegation from the  Mission traveled to Dori in the Sahel Region. During the visit the Ambassador spoke with participants of a Security Symposium organized by Union Fraternelle des Croyants encouraging collaboration between government, military and civil society.  The participants worked together to draw a list of recommendations of activities that they could carry out.  The Ambassador also visited a veterinary outreach led by the recently trained community liaison officers of the Burkina Faso military (Action Civilo-Militaire) (ACM) from the 11th regiment and infantry.  Security forces engaged with herders and shepherds while volunteer vaccinators provided preventive veterinary medical care for the population’s livestock.   During the Road Show, the Ambassador also met the Secretary General of the Sahel Region Mr. Vincent Sawadogo  and Mayor Aziz Diallo of Dori.