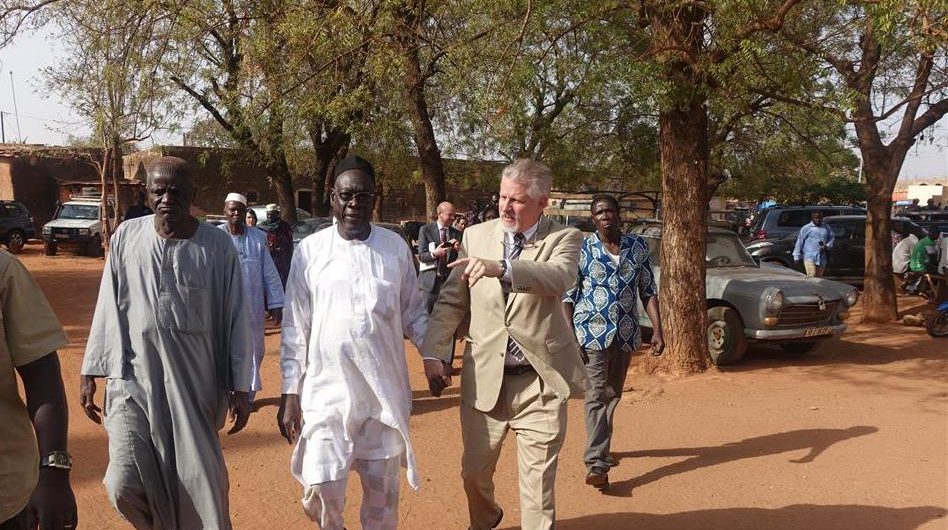 Ambassador Andrew Young led a large Embassy delegation to Burkina Faso’s second city for a whirlwind tour also known as the “American Road Show” that supported the Mission’s foreign assistance programs. The four-day trip to Bobo-Dioulasso consisted of meetings with the region’s Secretary General and with local religious leaders, a visit to an infectious diseases research center, a tour of the military base to see U.S.-Burkina security cooperation in action, a town hall with U.S. citizens, a picnic lunch with Young African Leadership Initiative alumni, and an impromptu roadside soccer game. The anchor event, however, was the In & Out dance festival featuring an eight-person U.S. group sponsored by the Embassy as Arts Envoys. The Embassy delegation attended several dance performances by the group, including the street-side opening celebration. The visit to Bobo-Dioulasso reinforced to local leaders the U.S. government’s commitment to the development of the whole country, not just the capital city.